Dr. I, as many call her, believes your eyes are as unique as a thumbprint. She treats them that way. eyeXam’s high performance eyecare is rooted in her experience, personal touch and dedication to technology. She wants you to experience eye care and eye wear in a new way. Dr. Nikki Iravani is founder and CEO of eyeXam Silicon Valley. She is a graduate of University of California, Irvine, and received her Doctor of Optometry from University of Houston’s College of Optometry. She is the inventor eyeXam.™, the vision industry’s leading vision screening app, and was previously the Vice President of Clinical and Professional Affairs at Coopervision-the world’s second contact lens manufacturer. She is an entrepreneur and on the advisory board of several vision and health care start ups, is a globally sought after speaker and was interviewed on ABC World News with Diane Sawyer. She is passionate about Her non-profit, “Vision is our mission” is dedicated to providing vision screening and glasses to families in Africa and other developing countries. Dr. I and her husband Mo, have three children. When she is not helping others, or inventing things, she enjoys traveling and spending time with her friends and family.

Dr. Christopher Schwartz strives to provide an exceptional and personal level of service while inspiring his patients to invest in their eyes and overall health. His passion for eyes originated from his own dependence on glasses and contacts as a child, which required frequent trips to the eye doctor. Since then, he has sought to improve patient perceptions about vision exams. Originally from Rohnert Park, California, Dr. Schwartz received his Bachelor’s degree in Microbiology from the University of California at Santa Barbara and his doctor of optometry degree from the  the University of California at Berkeley School of Optometry. He received clinical training at the VA Southern Oregon Rehabilitation Center, Castle Family Health Center at Atwater, and the Alameda County Medical Center in San Leandro.   His parents serve as an inspiration for hard work and adaptability. During his free time, he enjoys staying physically active, reading, and following his favorite team, the Golden State Warriors.

Most likely to answer all your questions

Most likely to prep you for the doctor

Most likely to greet you and answer all your calls

Most likely to help you, even on his day off 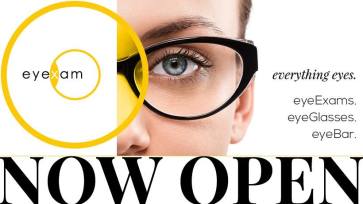 We will do our best to accommodate your busy schedule. Please schedule an appointment today!